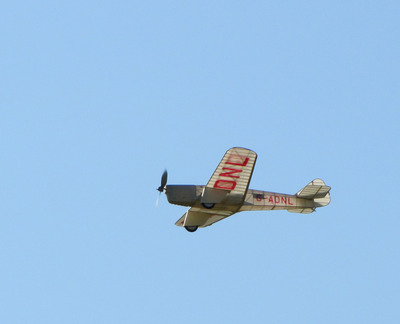 
This is a Thank You.

I belong to a fraternity of hobbyists called the Flying Aces Club. I don't go on and on about this group at shows, primarily because I really do endeavor to keep my vocation and avocation somewhat separate. Sure, there's a cryptic name mention of it on every CD. And my CD art direction, some video, and much photography emanates from a family who's patriarch is one of my best friends, and a master modeler in Flying Aces. But otherwise, yeah, I keep them separate stuff.

See, we members of the Flying Aces Club build balsa-framed and tissue-covered model airplanes, and fly them with twisted rubberbands as their motive power, the rubber untwisting and spinning a propeller enough to actually send these things skyward for often minutes at a time. While these planes are small, pastel-like replicas of real planes, many look quite realistic, and require quite a large field to fly - and they can fly quite well. In fact, the song "Old White Men" is dedicated in part to the gentlemen that fostered me and my skills in crafting and flying these translucent, gossamer, lithe reasons for my living on planet earth.

Often music folks and fans will learn of my aviation historical leanings and indulge me with books, memorabilia, and directions to used book stores, museums, and hobby shops. Often my modeling buddies will end up at my shows. So yeah, I do occasionally, wonderfully, fail to keep these two activities - my music career and my model hobby - at diametric sides of the room. That said, let me tell you a story and why I'm making a deal of it now.

Sometimes these little replicas fly too well. It led Wally to donate to the VanceFunder. Twice. 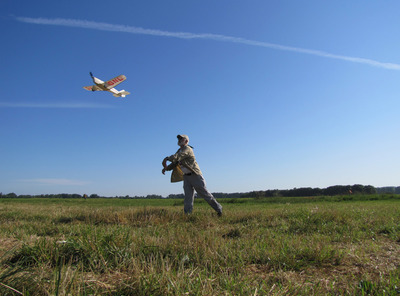 At our fall season ending contest, where we fly "against" each other, modeling cohort, friend, and fan, Wally, flew a large-ish plane, a cream and red, fabulously flying Sparrowhawk for his final round in an event. And boy, did he ever put up an incredible flight in the ever increasing wind. After almost 3 minutes (yep...that happens with these, and often even then some...) Wally and his timer holding the stopwatch (that'd be me) lost sight of the Sparrowhawk out about 1/2 mile away (yup, that far...) into a huge field of uncut, dried, post-season corn. That was that, even with binoculars.

A resolved and philosophic Wally trudged back to the line of cars empty handed.

Fast forward to a few days later. Wally gets a call from Bruce - another modeler friend and fan - saying that he stayed after the contest, and had come back the next day to follow what he was sure was a line on that ship into the corn. Bruce searched most of that next day, and managed to retrieve the Sparrowhawk - after a windy night and a dew-soaked morning (remember, these are tissue covered planes). He calls Wally with the good news, and they arrange for Wally to get the model. Car trips and more time and gasoline later, the minor-ly damaged model will see air again.

However, here's the conversation I was not privy to, paraphrased for you here:

Wally: Thanks Bruce. She's not in such bad shape. A few nights at the board and it'll be ready to go

Bruce: That's great. I though I had a line on it. I'm glad. Too pretty a ship to just leave in the corn.

Wally: Lemme give you some money for gas and such...

Bruce: Pfffft. Not on your life (coming from a man who is retired and drives a limo part-time to make ends meet - ed.).

Wally: Uh, Bruce, I pretty much insist. (Who's sense of fair play is irreproachable in many situations - boy do I know - ed.)

Bruce: Tell you what...Give some money to Vance's Fundraising campaign for the next album...

Things unknown to others:

2) I wasn't sure why Wally's name showed up the second time on my spreadsheet of Funders until he told me the gist of this story and the plan.

3) Why the rest of the world can't seem to get along on a field of dreams, doing so much with so little, as we do in the Flying Aces Club.


So how do I promote a show or an album as scheduled with this news as our acoustic headline?

I'm packing up VanceFunder premiums and such as we speak, 5 hrs sleep since yesterday 11am, and I now officially hate bubble wrap and packing tape and the taste of the glue on the 8X11.5 folders, and add to that this Pete news. I should live as long as he did even to taste more folder glue, much less be a driving force in music. 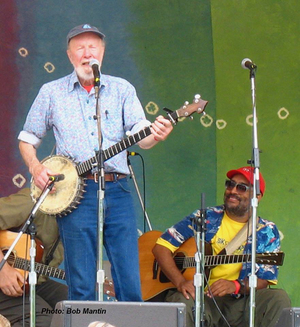 The few times I got to spend time with him - he was funny, consummate in his knowledge of stuff, never ever pushy with that knowledge, and wasn't above shouting chords in your ear, between phrases if you were playing along in a group sing along, grinning at his musical theory knowledge while I was fumbling to keep up, and i'm a pretty good guitarist…

I'm gonna go bubble wrap some more CDs, lick some more envelopes, smell more Sharpie, and be thankful and proud that I have the wherewithal and opportunity to do this business for a living, where I get to sing stories, melodies, and truth. Thanks for paving the way for all of us, Pete. RIP. 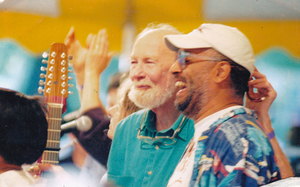