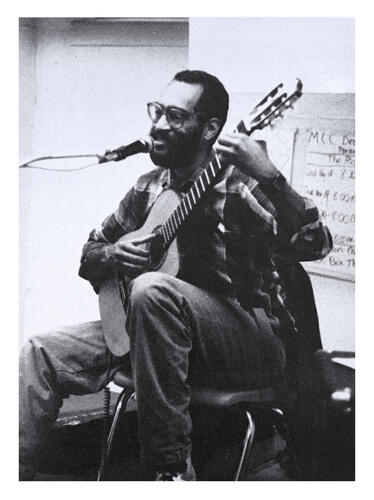 2/1 - THIS SATURDAY Cambridge, MA - Club Passim - 2 shows ALBUM RELEASE SHOW WITH A BAND https://www.passim.org/
Both shows have about 15 general admission seats left at each show as we speak.

- Good Good Man's IS OUT and available to stream and download on all of your favorite musical services, or you can actually pay my mortgage getting a CD NOW via:
• From CD Baby (that’s where they get that name!!)
• PayPal to - vancefunder@gmail.com
• check for anything between $10 - $20 and up to Vancefunder P.O. Box 17 Arlington, MA 02476
• **If your name is on the CD, you’re a friend, family member, promoter, radio/podcast personage, cash strapped, or anyone else that thinks they should just have one, send me your address and just ask and I’ll send it.**

1 ~ Kobe Bryant's history is not whitewashed of his sexual assault. You can look it up anywhere. Excellence, fall, redemption, maturity, responsibility, payment, mentorship, more excellence, and then vaporization is mind boggling. What is illuminated and mourned in his death is the good done for so many in this very same lifetime. I’m not going to go on and on comparing and contrasting him to Bill Cosby or Harvey Weinstein, nor will I be making parallels with him alongside others who did indeed change their mind on issues - George Wallace, heck, Saul becoming Paul come to mind. I’m grown up enough to recognize the bad and still celebrate someone’s good.

I’m moved by the numbers of women basketball players in tears over his death.

I’m moved by the tennis players, football players, soccer players, in their states of shock, sadness, and tribute, bring their tribute to their respective fields of play.

I’m moved by the cross section of men and women, binary folks, gay, black, straight, white, old, young, that know the whole story and have chosen to mourn the loss of greatness that had become synonymous with him.

I’m moved in a wry, black-humored way that after all that would tarnish him from his early behavior to women that he would go on to be the devoted father he was known to be to 4 girls. Four girls. That’s payback if ever.

His last Laker’s jersey number was 24. I’m particularly moved by how many NBA games played Sunday started the game by one team getting a purposeful 24 second penalty for holding the ball without passing, the referee then handing the ball to the other team, and that team holding the ball for 24 seconds to offset the previous team’s penalty.

💔 to his daughter Gianna and the others less famous but no less lost loved ones. Please look up their names and just think them or say them once quietly out loud maybe?

I’m sure it’s a fine organization. I hope many people donate cars, boats, whatever else helps the cause. I’m a Habitat For Humanity guy myself. But here’s the address - www.Kars4kids.org

Have at it. Maybe you call it success, hiring the publicity firm that made the commercial you use. Says the head person for that account, “Oh don’t you worry, they *surely* will remember your organization when we’re through publicizing...”