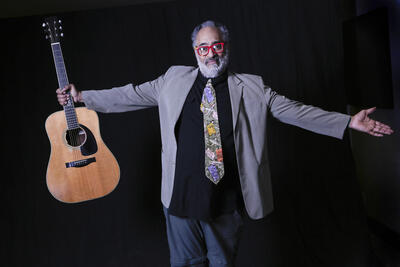 I miss you Pete. Hours playing with you in your kitchen. You knew everything. Every song. Even in the evening's eventuality of being deep in your cups, and cigarettes, you played on and on, demons be damned. You thought I hung the moon. You’d call WERS when I was live on air and demand they play more of me. I do this thing partially because of you. You thought I had something. I hope I do.
«12345678910111213141516171819202122»